What: Taste of the NFL comes to Greater Ft. Lauderdale Convention & Visitors Bureau 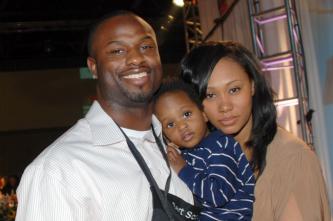 Taste of The NFL came to South Florida, Saturday, February 3, 2007 at the Broward County Convention Center.  Hundreds of sports fans came to the Convention Center to taste the awesome food provided by chefs from many of the 31 NFL cities who came in to specifically to be a part of this great event and to see, meet and mingle with the great athletes who came to represent their NFL team.  It was a autograph seeking fan's dream to have all these athletes attending this
event.
The Taste of the NFL XVI evening finale was a live and lively concert by STYX.  They Rock!

What is Taste of the NFL?
Taste of the NFL, the Party with a Purpose®, is the premier food and wine tasting extravaganza held annually on the eve of Super Bowl in the host city. It features a top chef from each of the 31 NFL cities, paired with an alumnus or current player from each team. Attendees are able to sample specialty foods, meet the chefs, and take photos and get autographs from players. Super Bowl XLI marks the 16th anniversary of Taste of the NFL. The event has raised more than $6 million over the past 15 years.
Our Purpose:
Taste of the NFL exists to raise awareness and dollars for hunger relief organizations involved in tackling hunger in America.
Fund Distribution:
Taste of the NFL is proud to announce that every NFL city’s America’s Second Harvest Food Bank will receive a portion of the net proceeds from this year’s Party with a Purpose with special emphasis this year placed on the Miami Daily Bread Food Bank. We are able to reach out across the country due to the generous participation of the guests, sponsors, volunteers and community leaders.
See More Past Events
Forgot Password?