Master of Ceremonies: Paul Castronovo - 105.9 AM 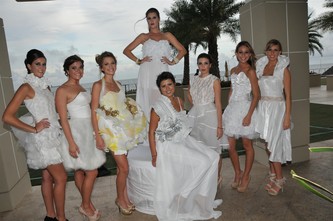 The White Party encouraged guests to get their groove on with the scintillating performances of Sixth Star Entertainment.  Guests enjoyed the breathtaking jewelry display from Carroll’s Jewelers were among the VIPs who will enjoyed the unveiling of this year’s Seminole Hard Rock Winterfest Boat Parade poster, by world famous marine life artist, Guy Harvey.