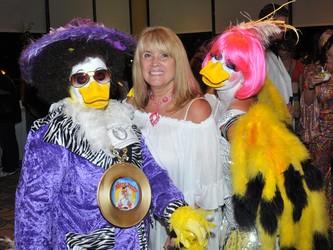 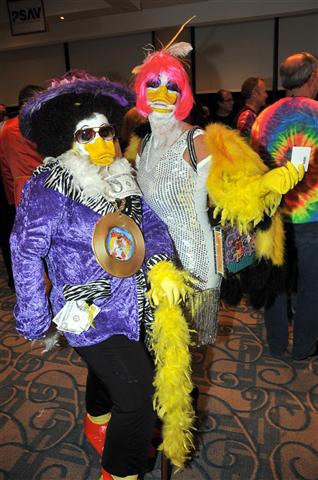 On Saturday, October 15, more than 400 people celebrated 38 years of mentoring success with Big Brothers Big Sisters of Broward County at the annual Déjà Vu Ball, the organization’s largest fundraiser. This year was another success, as more than $200,000 was contributed to support the programs and services for the children enrolled in Big Brothers Big Sisters. The retro costume party took over the Bahia Mar Beach Resort in Fort Lauderdale, was produced by Sixth Star Entertainment & Marketing and hosted by chairs Monica Correll and Ginny Miller.

At the center of each year’s Déjà Vu are the honorees, members of the community who have gone far beyond the call of duty as child advocates in South Florida. Honorees are selected by their advancement of the mission of Big Brothers Big Sisters and by the individual’s honest and integral role in children’s advocacy. During the evening, each honoree was featured and awarded a customized gold record.

“We are proud to live and work in a community that is so dedicated to its children – to developing them into our leaders of today and tomorrow. Big Brothers Big Sisters of Broward County features those who work tirelessly towards the same goal that all children achieve success in life. Déjà Vu is just one avenue to bring to light the dedication and resolve these individuals have to make our neighborhoods better by leading our children down the right path,” says Big Brothers Big Sisters of Broward County CEO Ana Cedeño.

Children enrolled in Big Brothers Big Sisters’ school-based program enthusiastically greeted guests at the hotel entrance. Once the ballroom doors opened, everyone feasted on international fare while the evening’s rock and roll décor and entertainment catapulted guests back to their favorite decades. To bring the retro-themed night to the next level, a marching band, performers, live band High Tolerance and an Elton John tribute artist entertained and interacted with the crowd as they danced all night. Special guest Rich Shaw from the Majic Children’s Fund emceed while guests danced under a giant disco ball.

All of the funds raised at Déjà Vu go directly toward providing the transformational power of mentorship to the children in Big Brothers Big Sisters’ programs, ongoing support for volunteers, children and families, insuring child safety and sustaining long-term relationships with positive outcomes.

ABOUT BIG BROTHERS BIG SISTERS
Big Brothers Big Sisters is the nation’s largest donor-driven, volunteer-supported organization that changes the lives of children, teens and young adults. Its foundational belief is that every child has the inherent ability to succeed and thrive. By fostering one-to-one mentoring relationships, Big Brothers Big Sisters of Broward County increases the odds of a child academically achieving, avoiding drugs and alcohol and strengthening their family.