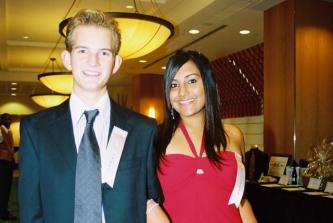 HospiceCare celebrated its 25th Anniversary of hospice support to the community with an event  presented by MedEx USA and VISTA Healthplans at the Marriott Harbor Beach Resort and Spa appropriately called “Silver Wings” in celebrate of the care, service, support and growth of HospiceCare of Southeast Florida, Inc., incorporated in 1981.

The event directly supports the expansion of “Bougainville” (Villa) a residential facility in Fort Lauderdale for patients with no place to live and/or no one to care for them.  Opened in 1995 with five beds, this home setting was expanded in 2001 to eight beds because there were always needy individuals on a waiting list.  The goal of "Silver Wings" gala  is to increase the number of beds for residents to sixteen.

When the doors of the Ballroom opened, guests entered an ambiance of Dancing "Silver Wings".  It reminded me of the way the ocean looks when the moon casts a silver glow that makes each wave & ripple look like a silver wing creating an aura of peace, serenity, and comfort.  This aura defines the loving care HospiceCare provides to all those who seek it’s support.

An inspiring invocation asking for God's guidance and support in providing dignity and comfort to those who come to HospiceCare was given by Monsignor Patrick McDonnell.

A special presentation of a bouquet of flowers was presented to Susan Telli, Chief Executive Officer, HospiceCare of South Florida for her dedication, support and boundless energy in making HospiceCare a vital asset to our community.

It was touching moment when the opportunity to sponsor a child for $250.00, to attend Camp Coral, a HospiceCare bereavement camp for children, was presented, and a large number of the attendees reached out to sponsor these children reflecting the true dedication of it’s supporters.

Following dinner, the Hot Brass Monkey Band provided lively entertainment that had everyone dancing and having an incredible time as you can see in some of the photos.