What: Cocktails and Awards Dinner 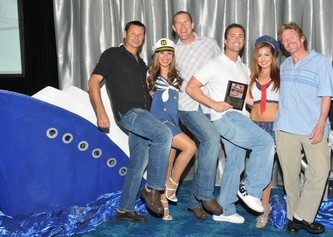 This annual event, which recognizes, Sponsors, Shoreline participants and the Boats who all work so hard to make the Seminole Hard Rock Winterfest Boat Parade an event that people will return year after year to see and be a part of.

Spectators were also given the opportunity to vote on their favorite decorated boat, prior to the Winner's Circle Awards presentation event.

Welcome & Sponsor Awrdes were presented by Max B. Osceola, Jr. - Chairman of the Board and Lisa Scott-Founds, President/Ceo.