What: An opportunity to thank the many volunteers who help with the success of the Winterfest Boat Parade

Special Thanks: Vivian McKinley - Volunteer of the Year 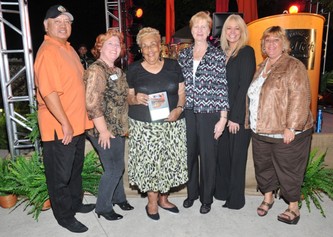 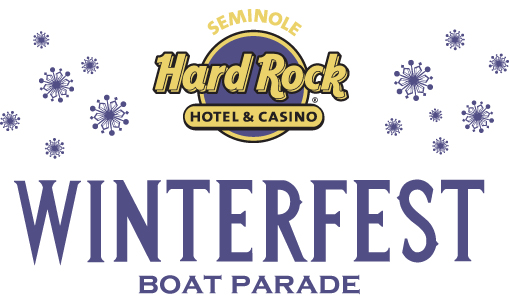 The 2009 Winterfest Boat Parade, concluded it's season with a Volunteer Appreciation Party, held at the Seminole Hard Rock Hotel & Casino.  Guests at the party themed, "You Rocked This Year's Winterfest", were entertained by DJ Ross and Rock With U Entertainment.

Chairperson for this annual event was Ginny Miller, who has been on the Winterfest Boat Parade Board of Directors for many years.  The Volunteers were welcomed by Max Osceola, Jr., Chairman of the Board and a special award resentation, the " Carolyn McLaughlin Volunteer Spirit Award* was given to Vivian McKinley for her continued dedicaton to Winterfest.

*  "When a beloved volunteer lost her life in January 2004, the staff and board of Winterfest felt more than sorrow-it was grief for the passing of a family member.  Carolyn McLaughlin was the "Voice of Winterfest" - one of many volunteers who spent over a decade serving this event.  Like the phoenix which inspires endless vision and grace, the family and friends of Mrs. McLaughlin, along with the Winterfest, decided to honor her life as she lived it, with the Carolyn McLaughlin Volunteer Spirit Award.

Her family saw the passion for Winterfest in Carolyn for over a decade.  Because of her commitment to Winterfest, family and friends created the fund to encourage others who live by the spirit of volunteerism.  Every year a select volunteer will receive a plaque along with a dinner certificate.  This year, Vivian McKinley, a veteran volunteer with Winterfest received the award at the Seminle Hard Rock Hotel & Casino pool."