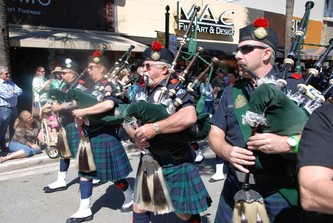 IF YOU MISSED IT THIS YEAR,

PUT IT IN YOUR CALENDAR

Everything that a St. Patricks Day Parade could possible fit in, from dogs dyed green to men in green on stilts.  The parade brought out the masses to enjoy the amazing weather that seemed to know there was a parade going on down Las Olas Blvd.

High School marching bands strutted their stuff, Boy Scouts, Bag Pipe and Drum Corps, decorated cars, jeeps and golf carts, local police departments marched in unison, fire fighters marched along with their children in front of new "state of the art" fire truck, you had to see to believe.  One group that brought some tears to my eyes were the many veterans who were wheeled down the Boulavard by fellow veterans to the loudest and most heartfelt  applause of the day.

The parade was led by Grand Marshall, Governor Charlie Crist, accompanied by Mayor Jack Seiler, as thousands of spectators watched a parade that made us all just a little bit Irish for the day.

The parade ended at Huizenga park, where you could watch an Irish cooking demonstration, taste Irish fare, and watch sheep herding.  Something for everyone. 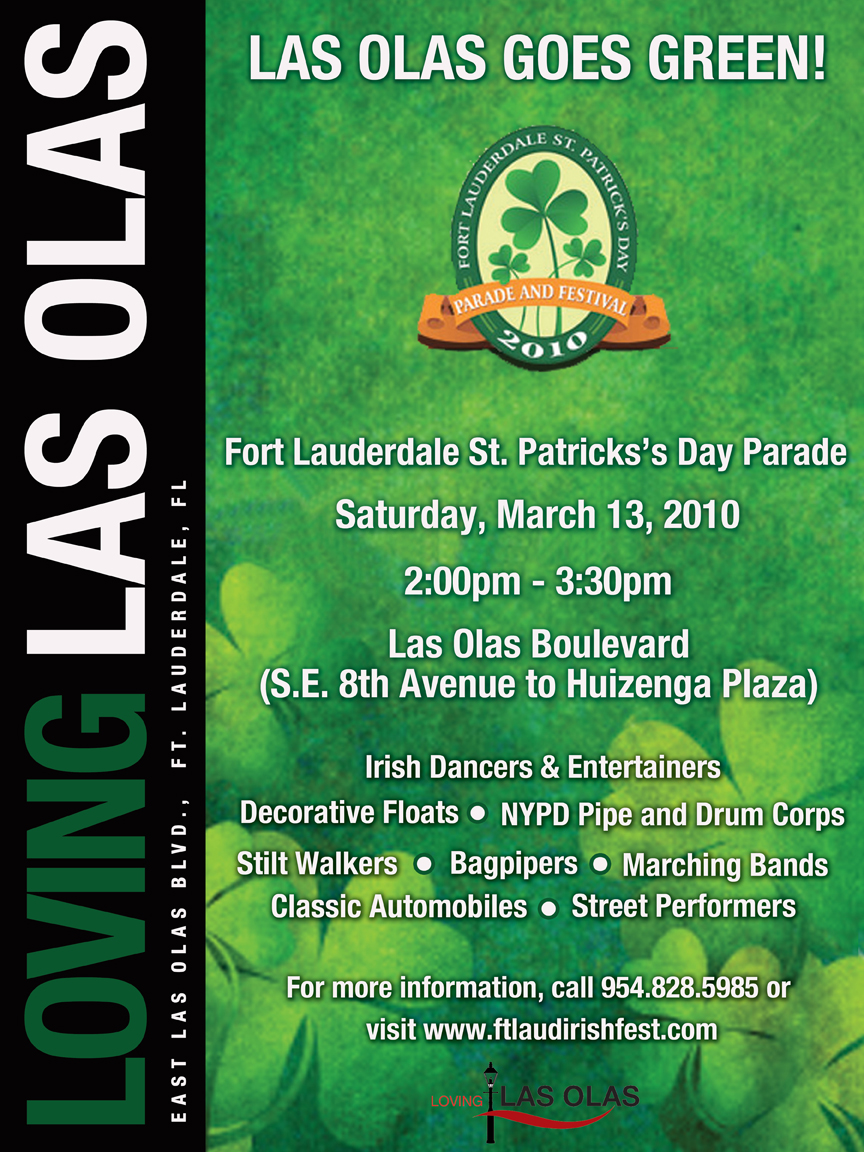