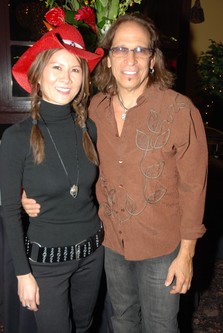 Rock n Roll Night was held at Signature Grand and as usual it featured some of NSU's own talent including Randy Pohlma, Preston Jones and friends in various showcase performances and special guests Nokie Edwards, Richie Supa and George Terry.  Paul Sallarulo did a rendition of New York, New York with and entourage of friends doing back up signing and dancing.

There were great silent auction items for the guest to bid on and abundance of great food and drinks including a special martini bar.

About H. Wayne Huizenga School of Business and Entrpreneurship: