What: The Symphony of the Americas Society presents the 2008 Women of Style & Substance

Entertainment: Symphony of the Americas 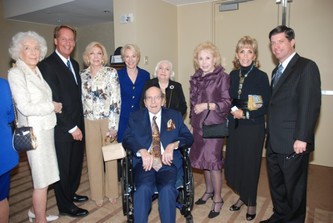 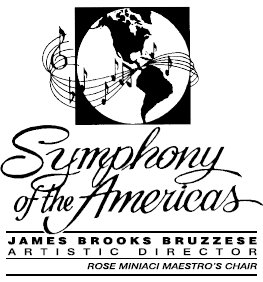 Symphony of the Americas Society raised over $100,000.00 at their  “Women of Style & Substance” Luncheon held at the Fort Lauderdale Grande Hotel & Yacht Club. Honorees were Anne Ahrens, Connie Chaney Linda Haury, Commissioner Mercedes Henriksson, Betty Koontz, Laurie Sallarulo, Madelyn Savarick, and Rick & Rita Case. Chairman, Ann Burris and SOAS President Beth Holland, introduced Lucy Schroeders who presented the honorees with a medallion from Jon Paul Jewelers, and Dr. Peter Babinski, President of the Board of Directors, who presented them with a bouquet of flowers.
The Symphony of the Americas Chamber String Orchestra, under the direction of Maestro James Brooks-Bruzzese, along with a special tenor guest artist, Lievens Castillo presented a short vignette performance that included Besame Mucho, Mala Femmena, Solamente Una Vez. In appreciation for their support, sponsors and underwriters will enjoy a private luncheon aboard the Regent Seven Seas Navigator on April 18th", they included Holland America Line, Citrix Systems Inc., Robert Allard, Tiffany Photographic Studio, Jon Paul Jewelers. and Southern Wine & Spirits.
Members of the SOAS invite you to celebrate the Michael and Madelyn Savarick 20th Anniversary of Maestro James Brooks-Bruzzese and the Symphony of the Americas at our “Mary Porter Panama Nights Gala”to be held onSaturday, May 10, 2008 at the Marriott Harbor Beach. Chairman, Carole Nugent , stated “You will be transported into a romantic tropical paradise filled with beautiful Symphonic music.
Highlight of the evening will be the appearance of the Symphony of the Americas, a vital part of our community that is consistently rated by Florida's Division of Cultural Affairs as one of the top orchestras in the state. Maestro James Brooks-Bruzzese has won numerous awards, including the coveted 2005 Hispanic Heritage Award.
The Symphony of the Americas Society is the support group for the acclaimed Symphony of the Americas, ‘Broward’s Symphony Orchestra.’ For information on becoming a member of the Society or for more information on becoming a sponsor or underwriter for the “Mary Porter Panama Nights Gala”, please call 954-545-0088.
See More Past Events
Forgot Password?