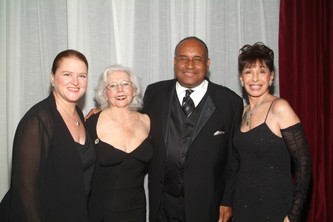 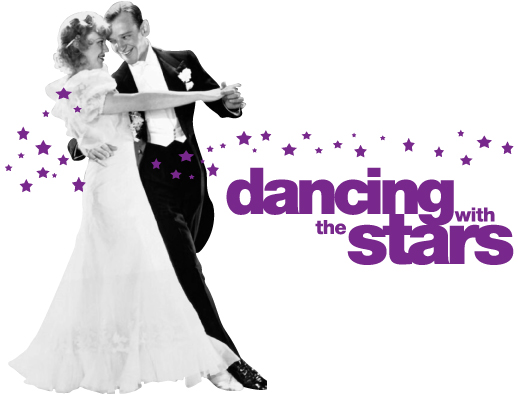 ALZHEIMER’S CARE COMMITTEE/NOTABLES OF DOUGLAS GARDENS PRESENTED DANCING WITH THE STARS, A SENSATIONAL BLACK TIE GALA
MIAMI, FL—January 14, 2008—Stars were everywhere at Dancing with the Stars, the annual black-tie gala that benefits Alzheimer’s Care Committee/NOTABLES of Douglas Gardens at the Miami Jewish Home & Hospital.  Held at the Miami Beach Resort & Spa, guests danced the night away, under the star-lit Starlight Roof, to the fabulous music of Gene Bristow. Cardboard cutouts of major Hollywood stars like James Dean, Marilyn Monroe and Humphrey Bogart stood at attention during the cocktail reception; and of course, as Bella Goldstein, founder and chairman of the NOTABLES announced during her greeting, “Everyone who attended the gala was a star because they were supporting such an important cause.”
The evening started with a lavish cocktail reception and silent auction offering all sorts of wonderful prizes from stunning evening bags, gorgeous jewelry to a fabulous cruise. For the fifth consecutive year, philanthropist Isabel May underwrote the cocktail party. Presentation of awards, dinner and dancing continued in the legendary Starlight Roof. Martha Crown underwrote the dinner to honor her late husband Sidney Crown, as well as Bella Goldstein and Mickey Dworkin president of FOUNDERS.
Sam and Frances Gordon were Gala Honorees and the Gala Co-Chairs were Michael Alexander and Carmen A. Printup, Betty Madigan Brandt, Martha Crown, Edward Dublin and Ethel Blum Dublin, the Honorable Norman Edelcup, Shirley Fletcher, Shirley Harris, Tova Leidesdorf, Isabel May and the Honorable Linda Zilber. Adam and Tracee Rosenfeld were Gala Chairs. Monroe and Muriel Hattenbach, in loving memory, received the Louis C. Fischer Award; Betty Madigan Brandt received The Forge Award and Melinda W. and Gideon Mayani received the Lester L. Goldstein Award, which was sponsored by Neiman Marcus, Bal Harbour. Channel 4 Anchor Eliott Rodriguez was both Honorary Chair and guest emcee at the event. Eliott is a supporter of the NOTABLES and its mission since he knows first hand how devastating this disease is to both the patient and the family since his mom suffered from Alzheimer’s.
One of the key features of the evening was a video, narrated by Eliot Rodriguez on the new Multi-Sensory Room at the Home. This cutting-edge sensory therapy program, made possible by a generous gift from BlueCross BlueShield of Florida, provides a revolutionary stress free environment that stimulates the senses of Alzheimer’s patients.
In 1987, Bella Goldstein and her late brother, Louis C. Fischer, recognized the need for Alzheimer’s care and the NOTABLES was born. Today, there are more than 1,200 NOTABLE volunteers who do an amazing job of raising funds for Alzheimer’s care and programs at Douglas Gardens at the Miami Jewish Home and Hospital and in the South Florida community.
CONTACT: Alice Fisher
954-791-9910
pralice@aol.com
See More Past Events
Forgot Password?