Where: Museum of Art Fort Lauderdale 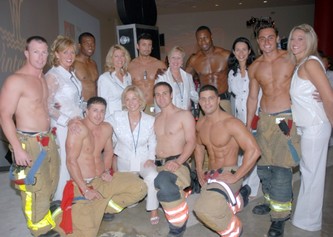 WINTERFEST WHITE PARTY PRESENTED BY SARA LEE AT THE

In celebration of the 36th Anniversary of Winterfest, the Museum of Art Fort Lauderdale opened its doors to host the Winterfest White Party presented by Sara Lee.  This exclusive party was the kick-off of the holiday season.

The Winterfest White Party is an invitation only event but for the first time the general public had the opportunity to be a part of the pageantry.  Winterfest opened its doors to winners of the Sara Lee sweepstakes available at participating Publix super markets.

This special event also provided aspiring chefs to test their culinary skills.  Prior to the White Party, Sara Lee and Winterfest hosted a cook-off competition with students from the International Culinary School at the Art Institure of Fort Lauderdale, featuring Sara Lee products.  All the winners produced their creations at the November 2nd White Party.

Sixth Star Entertainment transformed the museum into a silver screen with bright lights, glimmer and glitz in keeping with the theme, "Party Like a Movie Star".  Guests were greeted by The Rocketts, Ivan Piano Collections, a decorated parade boat by Deep Impact and a highlight of the upcoming live auction at the Winterfest Ball - a Lexus IS250 courtesy of JM Lexus.

Along with the entertainment and mingling with local celebrities, guest enjoyed an array of beverages from Southern Wine and Spirits featuring Clos du Bois wines and Tommy Bahama Rum.  The gourmet delights of Timpano's Italian Chophouse and Samba Room, accented by the winner's creations from the International Culinary School and guests also enjoyed holiday deserts at the Sara Lee Culinary Corner.

Contests winners were awarded $500 each for their winning culinary creations and the overall winner received an additional $1000.

FIND OUT MORE ABOUT UPCOMING WINTERFEST EVENTS AT:  www.winterfestparade.com