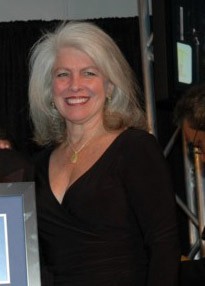 and Science and AutoNation Theater

Going back to when you first started with your organization to now, what has been your proudest personal accomplishment? Spearheading the development and construction of the and Science (MODS) and opening it on time, on budget, and without debt in 1992. In 1995 I left to take charge of the Virginia Air and , and later, the . But during the late 1990’s MODS experienced several changes in executive leadership and faced some internal challenges. I returned in 2002 to get the museum back on track and led the museum to its first operating surplus in 5 years – and we’ve succeeded in building up operating strength while delivering on our mission ever since.

What program with your organization do you get the most excited about? I enjoy the process of conceptualizing new exhibits, helping them come to fruition, and then having the pleasure of watching families enjoy and learn from them.  It is also tremendously energizing to be part of the giant screen film industry.

What is your greatest strength(s) that makes you such an asset to your organization? The ability to stay focused on the mission and being single minded in driving the museum forward. When you have clear goals, a lot tends to fall into place! I insist on operating the museum as a business. “Non-profit” doesn’t mean you operate at a loss, it means you work to create operating surpluses that can be reinvested into improvements to the facility and to exhibits and programs.

What is your greatest challenge at this time?  We are planning a major expansion of the museum, while continuing to operate a complex business with many different elements. Fortunately, we are already 70% of the way there on our capital campaign.

What is the most important thing you have learned through the years?  To trust my own instincts.

What’s been the key to the success and growth of the and Science?  A dynamic Board of Trustees through the years, a hardworking and dedicated staff, and tremendous community support.

ow do you stay so motivated and committed? Seeing positive results from your efforts is the best motivator of all.

What do you think is the biggest problem we are facing in this country today?  The natural environment –( and the creatures that depend on it from human beings to wildlife) - is being threatened on all sides, and much of the problem stems from ignorance. The threats come from human wastefulness, climate change, and even terrorism.  Solutions are hard to come by, but nothing changes without education, particularly in the sciences. Science is a process, a way of examining the world and finding answers; we need to integrate that process into our political decision-making. And students have been falling behind in science and math compared to those in other industrialized nations. Institutions like the of and Science can help promote the transformation so that the can continue to excel in the global economy and lead the world in finding solutions to the environmental crisis.

Do you have a favorite vacation spot?  … and .

Is there a fond childhood memory you can share with us? My father was a Navy Admiral.  As I grew up, visiting the many ships he commanded was always exciting. Once, I was allowed to ride on a destroyer from to .

When you were a little girl, what did you say you wanted to be when you grew up?  When I was really little, I wanted to be Dale Evans and have my own horse; a bit later I wanted to be an actress. By the time I was in high school, I was a total museum buff but at that time never dreamed I could lead my own institution. Ironically, my younger sister did have her own horse, and my daughter became an actress! But I am the lucky one, being privileged to help create and to continue to nurture “my” museum.

Is there a non-profit event you really look forward to attending each year? We have two really huge fundraisers  - our annual  Mercedes-Benz of Fort Lauderdale Gala in the fall which has a different theme each year, and the Bank of America Wine and Culinary Celebration in the spring. Both are great fun for me, a chance to greet and enjoy the company of the many people in the area who support the museum – all while eating the best food and drinking the best wines.

What is something your parents taught you that you will never forget? Never go to bed mad.

Who is your hero? That’s easy – my father, Bill Leverton, was a true war hero in WWII. He was at when it was attacked and took his ship out under fire. Later in the war that same ship was broken in half in a great storm in the freezing Aleutian Islands and he managed a rescue of the entire crew – getting them all into one half of the ship while the other half sank. He was the last one off the ship before the rest of it sank. He earned a Silver Star for that.

You are evidently a very capable and talented woman/man, what other talent do you wish you had been born with? I wish I could paint; I can’t even do stick people well.

What is the best book you have ever read?  The Brothers Karamazov by Dostoevsky

What’s the best movie you have ever seen? Must be a tie between The Godfather and The English Patient.

If there were a movie being made about your life, what actor/actress would best play you? That would have to be my daughter, , who not only is a very talented actress, but also looks like a younger and  better version of myself!

If you were going to be on a Space Shuttle for about a year, what one item would you have to take with you?  That would be difficult, because I’d need my piano.