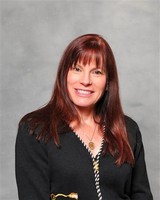 Education:                Attended and completed Harvard Business School’s                  "Strategic Perspectives"
Attended and completed Harvard Business School’s “Strategic Perspectives
In Nonprofit Management program,” Boston, MA, July 2006
Accredited by the Public Relations Society of America, Spring 1988.
Florida International University, Miami, Florida.  Bachelor of Science degree in Communications Technology with highest honors.
Awarded Benjamin Franklin Award (1980). Given by FIU to recent graduate selected by faculty as the most outstanding student in the Communications program.
Regular attendance at arts management, personal and professional growth seminars/workshops.
Awards:
Named a “South Florida Mover & Shaker” by South Florida Business Leaders, January 2011.
Named one of five honorees for Galleria Mall’s “Spring for the Arts” event, a month-long celebration to educate, inspire and motivate the community to embrace the arts. April 2011.
Served as a judge in the category of art for the Miami Herald’s Silver Knight Awards program for 2006, 2007, and 2009.
Named ArtServe’s 18th Annual Encore Award winner in the category of “Arts Administrator,” May 2007.
Named IN FOCUS MAGAZINE’S (May/June 2007) Impact Players for 2007. It’s their short list of multi-cultural women who exhibit beauty, style, diversity and power.
Named “Lexus Leader of the Arts” for the month of April 2006 by South Florida Lexus Dealers and WPBT Channel 2.
Named 2006 Woman of the Year in the category of non-profit by the Atlantic Chapter of the Women in Communications, May 2006.
Named Outstanding Alumnus of Florida International University's Communication Program, June 1988.
Named 1987 Honorary Big Sister of the Year by Big Brothers/Big Sisters of Greater Miami.
With her management expertise, fund-raising ability, creativity, and financial restraint, Joy Satterlee has taken the Art and Culture Center of Hollywood to new heights, while exceeding budgeted revenues and establishing reserve funds. These accomplishments on their own are noteworthy, but they are especially so considering the recent economic downtown resulting in budget cuts from all levels of government and less revenue from donors.
Since becoming executive director of the Center in April 2005, Joy has seen the 501(c)(3) named a Major Cultural Institution (MCI) in Broward County, touch the lives of more than 50,000 people annually and had its visual art exhibition offerings rise from an average of five shows per year to 15 gallery exhibitions in fiscal year 10/11.
A Miami native and Florida International University alum, she also established the Center’s monthly Free Admission Day and its Distance Learning Program in Broward County Schools that allows underserved populations and deserving schoolchildren to experience high-quality visual and performing arts programming.
When she’s not at the Center, Joy is involved in the community, including being a member of Funding Arts Broward; Broward Women’s Alliance; Miami Press Club; and the Florida Association of Museums. An ex-officio Board Member of the Greater Hollywood Chamber of Commerce, Joy is a former member of the Board of Directors for the Fort Lauderdale International Film Festival and Past President of Entre Nous, the film festival’s support committee. She also chaired the Film Festival’s Opening Night Gala for five years, which was attended by more than 1,500 people and each year raised over $25,000 for the film festival.
A member of the Public Relations Society of America (PRSA) since 1982, she is Past Chair of PRSA’s Sunshine District for the State of Florida and Past President of the organization’s Miami Chapter. She has also served as Professional Development Chair, National Assembly Delegate, Board member and chair/member of various committees of PRSA’s Miami and Gulfstream Chapters since 1982.
Joy has also chartered organizations and served as founding president of the Public Relations Student Society of America and Women in Communications’ student chapter at Florida International University.

Congratulations on your many accomplishments and commitment to the community.
Connie Chaney
02-Dec-11