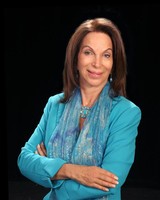 Ina Lee is the owner of Travelhost Magazine of Greater Fort Lauderdale, now celebrating its 34th anniversary.  She has propelled Travelhost to the leader in visitor publications, now serving 100 hotels, distributed into 16,000 upscale hotel rooms each month as well as 96 prestigious condomiunium buildings. Her Travelhost edition has been recognized with numerous national awards and is considered the best Travelhost in the country, out of 56 editions.

Ms. Lee was the founder of Winterfest, and served as its chairperson of Winterfest for its first 6 years.  Under her leadership Winterfest became a nationally recognized festival featured on the Today Show and Entertainment Tonight. During her tenure Winterfest became the backdrop for the Bob Hope Christmas special which was seen by 30 million Americans. This was the first network television special originating from Broward County.

Ms. Lee has served the tourist industry for 20 years as a member of the Marketing and Advertising Committee of the Convention and Visitors Bureau and now serves as its Vice Chair.  She is also on the board of the Florida Restaurant and Lodging Association, Broward Chapter. She was a senior Seminar Leader for Landmark Worldwide for 10 years, leading transformational seminars to thousands of people and currently leads weekly meditation classes free of charge at the City of Fort Lauderdale’s George English Park Tennis Center.

She was born in Connecticut, went to Simmons College in Boston, was the managing editor of two national magazines in New York, Status owned by Curtis Publishing Company and Show, owned by Huntington Hartford.
She has two sons, Adam, a financial planner,and Noah, a family practice physician specializing in HIV and a granddaughter Jaedyn.  She is married to Gary Foster, a general contractor.

Going back to when you first started with your organization to now, what has been your proudest personal accomplishment?  As the founder of Winterfest, bringing the Winterfest Bob Hope Christmas Special here in 1986.  The first network TV show for Broward.   As a key proponent of the redevelopment of Fort Lauderdale Beach since founding the Beach Council in 1986, when the former Candy Store (home of the wet t-shirt  contest) opened as the St. Regis (now the The Ritz-Carlton, Fort Lauderdale.)

What do you enjoy the most about your work? I love being able to serve our readers, fabulous clients and community partners, while working with a great team of people.

What is the most important thing you have learned through the years?  Integrity- do what you say you are going to do.

How do you relax? Meditation, being in nature, yoga

Do you have a favorite vacation spot? Northern California, on my friend’s 80 acres, being in the redwoods.

What do your want your epitaph to read? She made a difference

Who is the most interesting person you have ever met?  Pir Vilayat Inayat Khan, a great Sufi Master and meditation teacher who was my guide for 35 years

What’s been the key to the success and growth of Travelhost Magazine? Making a difference in the community, continuing to reinvent ourselves, having a great team of people.

Is there a special “aha” moment in your life when you knew “I get it now!”?
On day 3 of the Landmark Forum, that it is all empty and meaningless (ie there is only what’s so in reality, and then all the meaning we give it.

Is there a saying, motto, or “words to live by” that is your favorite?  A Zen Master said, “A person who is a master in the art of living makes little distinction between their work and their play, their labor and their leisure, their mind and their body,…They hardly know which is which and simply pursue their vision of excellence and grace, whatever they do, leaving others to decide whether they are working or playing. To them, they are always doing both.”

What three things are always in your refrigerator? Organic fruits, vegetables, and Pure Synergy (an organic greens product)

What is your greatest indulgence?  Chocolate and great desserts

If your house was up for sale, and a potential buyer did a walk through, what would your home say about you? A world traveler who cherishes beauty


What are you most disciplined about? Meditation, taking care of my body, getting the job done. (whatever I gave my word to)

What is your favorite snack? Greens plus chocolate energy bar

What’s in the future for TRAVELHOST? TO ENHANCE OUR IN ROOM PUBLICATION, WE ARE NOW A FULLY INTEGRATED MEDIA SOLUTION, WITH AN EXPANDING DIGITAL FOOTPRINT (We now have 17,500 facebook fans, 5500 twitter followers, multiple Pinterest boards, a  mobile app.

What do you have to say to all the young women/men out there ready to take on the future?  Give for the sake of giving; do the Landmark Forum; be known as someone of honor and integrity; treat others with dignity.

What is the greatest problem we are facing in this country today? Politicians are more committed to being right than doing what needs to be done; acting like they are in junior high school rather than being true statesmen;women .