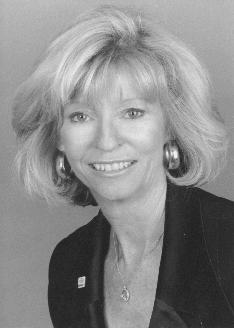 Education: Dade Community College and University of Florida, Gainesville, Florida for undergraduate studies. Majored in Education and minored in Psychology.

When you think Philanthropy in Broward County, one of the first names that comes to mind is Ginny Miller. Well known for tireless efforts on behalf or the community, Ginny is the epitome of service and giving back to the community. Her husband Tom established Miller Construction in 1983 and has built a solid business mostly due to their reputation for quality and integrity. Ginny has been tireless in her dedication and enthusiasm to get things done in this community. She leads by example and her passion has accomplished impossible. Many lives have been touched by her philanthropy and strength.

Going back to when you first started with your organization to now, What has been your proudest personal accomplishment?
“Having had the pleasure of being involved in so many non-profit organizations over the years, the thing that I am most pleased about is that people keep inviting me to be involved in their efforts in the community.

Do you have a mentor; someone who has been there to guide you or consult with you when you needed their input?
Definitely. Linda Carter, CEO of Community Foundation of Broward. From the time she was the Director at the Museum of Discovery & Science when it was on the river, I have always been impressed with her administrative skills. I have called her many times to ask for advice and tremendously enjoyed creating new ideas with her when I was Chairman of the Community Foundation.

How did you determine which charitable organizations you would support?
I always look at heir administration, board, financials, and client base. For example, how many people who need to be helped are being assisted by the organization. Jim Cassidy, CEO of Bank of America, was once quoted in newspaper as saying that when he was asked how he decided who to support he said, “I call Ginny Miller”.

How have things changed for you through the years?
More people in the community are aware of opportunities to help others and the spirit of philanthropy continues to grow.

What is the most important thing you have learned through the years?
That there is always another way to do the job and you need to listen to everyone because you learn something new every day.

What do you wish you could have a never-ending supply of?
Friends.

How can we reach out to other people in the world?
We can be an example of a country that cares but we still have so much to do at home.

What can make you cry?
I cry all the time. Children’s Diagnostic and Treatment Center has a celebration once a year of people who have passed from AIDS and I cry so much I am banned from going. At Take Stock in Kids., when kids sign a contract stating that they will get to go to college if they keep their grades up, I cry.

Are you where you hoped you would be at this point in your life?
Yes, I never plan; I go with the flow so I never planned where I would be.

What do you think is the biggest problem we are facing in this country today?
Moral decay. Lack of morality.

Do you have a motto, or some words of wisdom, that has guided you through your life?
Yes, do unto others as you would have them do unto you.

How does one hold on to their true self in the corporate world and still become successful?
By being honest.

When does someone know when it's time to move on?
You know when there are people in place who you trust who are ready to grow what has been started. When you feel comfortable with the leaders involved.

What is your favorite store for clothes shopping?
Any store that it is having a sale.

If your house was up for sale, and a potential buyer did a walk through, what would your home say about you?
That we “live” in our house.

What is your greatest strength?
That people follow my enthusiasm. My passion motivates people.

What are you most disciplined about?
Time.

What would you still like to learn how to do?
It would be really nice and fun to sing well, wear pretty clothes and get up on stage and sing like Dolly Parton.

How do we get our young people more interested in charitable giving and community volunteering?
By example.