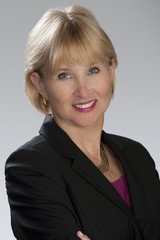 As Vice President of Corporate Affairs for AutoNation, Inc., Gale is responsible for community relations and charitable contributions in the national headquarters area of South Florida and Florida as well as, through guidelines and oversight, AutoNation’s 15 markets throughout the United States.  AutoNation’s outreach focuses on the health and welfare of the family with special emphasis on the education and safety of youth. Organizations which receive major support are United Way, Give Kids the World, Take Stock In Children, the Museum of Discovery and Science, the Museum of Art/Fort Lauderdale, the Urban League of Broward County and Hispanic Unity.

Prior to joining AutoNation, Gale served as Vice President for Community Relations and Internal Communications for Blockbuster Entertainment, again headquartered in Fort Lauderdale, Florida. From 1983 until joining Blockbuster in 1992, Gale served as Vice President of Corporate Communications for NationsBank (now Bank of America) for Georgia, South Carolina and Florida.

A native of Fort Lauderdale, Gale earned a bachelor’s degree in English with a minor in History from the University of Miami. She was founding chair of the Women’s Leadership Council of  the United Way of Broward, serves on the state board of Take Stock In Children, as well as The Greater Fort Lauderdale/Broward Alliance, Boys and Girls Clubs of Broward, The Salvation Army and The Tower Club boards. Gale is an alumna of Leadership Broward, Leadership Florida, and Leadership America. She was named mentor of the year for Take Sock In Children in 2004 and is also a mentor in the Women of Tomorrow program. She has one son, Todd, who just graduated from George Washington University in Washington, D.C. with an M.B.A.

What is  your favorite room in your house? My dining room because it is has wall to ceiling built-in book cases full of books, photo albums and  family photos.

What would your home say about you? She’s casual and doesn’t like fussy things.

If you were going to be on a Space Shuttle for about a year, what item would you take with you? The dictionary.

Biggest fear? Spiders and the dark.

What is a moment you will never forget? The birth of my son. I felt like I’d finally finished a project and it was perfect.

What do you have to say to young men and women? Take chances and be adventurous when you’re young. You’ll never regret it. You’ll only regret the things you didn’t do. That goes for both your business and your personal life. Also, do your homework.

How do we get our young people more interested in charitable giving and volunteering? By doing it ourselves.

How do you want to be remembered by future generations? Most of us will only be remembered by our families and I think we would hope they just remember that we cared about them and about being apart of their lives.

What can we personally do to make things better for future generations? Help them if they need it but also instill a sense of self-responsibility so they don’t  grow up generation after generation thinking someone else should take care of them.