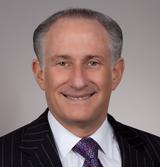 Family: Married to Carrie for over 40 years, Daughter Stacey who is a recently elected Broward Circuit Court Judge (married to Matthew) , Son Todd who is a movie producer (married to Sara. Very proud grandfather of Brandon (7), Sammy (5) and Akiva (1)

After graduating from the Wharton School of Business at the University of Pennsylvania, David Schulman entered the life insurance business in 1975. He joined Massachusetts Mutual Life Insurance Company (MassMutual) as the General Agent in Fort Lauderdale, Florida in 1980, the youngest person ever appointed to this important position. At that time the agency was ranked 103 out of 103 agencies at MassMutual.

In 1996, as MassMutual finalized its merger with Connecticut Mutual, David’s territory expanded into Miami. He now serves clients from Key West to just south of Orlando, and covers the West Coast of Florida. David’s passion and goal was to be one of MassMutual’s top 5 agencies in the country. That dream became a reality in 1996 when he was named the number 4 agency. The South Florida agency consistently strives for excellence and has been recognized and ranked among the top 5 MassMutual agencies for the past seventeen years as well as being a recipient of 14 MassMutual Chairman Trophy Awards.

These achievements were the result of consistent growth and David’s vision to build the finest agency in MassMutual, in terms of both quality of agents and quality of clientele. David believes there are three primary keys to success in the life insurance business: persistency, consistency and single-mindedness of purpose.

David has served as President of the MassMutual General Agents Executive Committee (1991 & 2008) and is a Life Member of the Million Dollar Round Table. He has been on the Board of Directors of the Broward County Chartered Life Underwriters and Broward County General Agents and Managers Association. David is currently on the Executive Committee of the Research Agency Group (RAGS), and has joined the Strategic Committee of the GAMA Foundation handling volunteerism.

David’s community involvement has included serving as Chairman of the Board for the South Florida Chapter of the National Multiple Sclerosis Society and Goodwill Industries of Broward County. He is past president of Soref Jewish Community Center, Ramat Shalom Synagogue and Jewish Federation of Broward County. David serves on the Executive Board of the Memorial Health Foundation, the Board of Trustees of Jewish Family Services, and the Board of Trustees for the South Florida Chapter of the National MS Society. He is also a Board member of TransCapital Bank and a member of the Alexis de Tocqueville Society of United Way.

David and his wife Carrie live in Plantation, Florida and are the parents of Stacey, Todd, son-in-law Matthew and daughter-in-law Sara, and proud grandparents of Brandon, Samuel and Akiva.

Going back to when you first started with your organization to now, what has been your proudest personal accomplishment? Building a lasting organization that has affected people’s lives.

How did you determine which charitable organizations you would support? By personal connections and assessing community needs. I am most involved in the National MS Society, Jewish Federation, Jewish Family Services and Soref JCC

Is there a charitable event(s) you really look forward to attending each year? The Annual MS Gala that my wife helped to build. There is tremendous energy and excitement in the room filled with over 1000 people.

What is your idea of perfect happiness?  Being together with my family

What is the most important thing you have learned through the years?  It’s a cliché- Don’t sweat the small stuff-it’s all small stuff

How do you relax? By exercising, oil painting and blowing glass

Do you have a favorite vacation spot? Our home in the Berkshires

Are you where you hoped you would be at this point in your life? In many ways I am blessed to beyond anything I could have imagined

How do you want to be remembered by future generations?  He cared, he tried to help others, he made a difference!

Do you have a motto, or some words of wisdom, that has guided you through your life? Disappointment is when reality doesn’t meet your expectations- change the reality or change the expectations.

What is your greatest strength? Answering problems and getting to the heart of that problem while trying to work out possible alternative solutions.