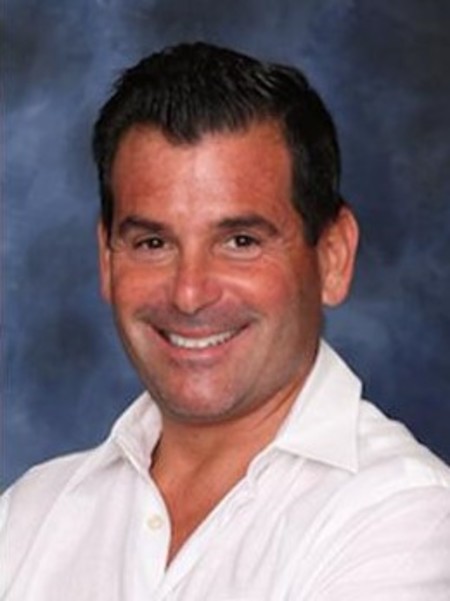 As Club President, Samson oversees all aspects of the team’s day-to-day business operations, including sales, marketing, operations and personnel matters.  He also oversaw the successful completion of Marlins Park in Miami.

Samson works closely with Owner and CEO, Jeffrey Loria, on all baseball matters and general corporate strategy.  Samson also presides over the Marlins Foundation, which focuses its efforts on baseball, arts and educational needs of the South Florida community. The Foundation has distributed over $5.0 million to worthy charities in South Florida since the ballpark gained approval in 2008 and Marlins’ Ayudan, a Corporate Social Responsibility Program, has now surpassed over 30,000 hours of volunteer service.

Samson concentrates his charitable efforts on helping underprivileged and sick children experience summer camp and improved education and health care.  In addition, he is a member of CAF‘s Board of Directors.  His vision is to help increase its visibility, thus enabling more physically challenged athletes to compete in triathlons as well as other sports.

On April 27, 2012, Samson ran 52.5 miles from Pompano Beach to Marlins Park to raise funds for 10 “Charities of Choice” to honor the construction workers who made Marlins Park a reality. The run raised over $600,000 through sponsor and individual donations.

In 2014, Samson was one of 18 contestants on the 28th season of Survivor ™.  He is the only active team executive to appear on the show, and one of fewer than 425 people in the United States to be selected to participate.  Samson also starred as Lorne Michaels in the 2014 production entitled “Not Ready for Primetime.” This full-length feature play detailed the beginnings of “Saturday Night Live.”

In 2015, Samson along with owner Jeffrey Loria, worked with Miami-Dade County, City of Miami and City of Miami Beach officials, as well as civic and business leaders to bid for the 2017 All-Star Game. On February 13, 2015, the 10th Commissioner of Baseball, Robert D. Manfred, awarded the 2017 Midsummer Classic to Miami.

He and his wife, Cindi, a former school director, have been married for 25 years and have two daughters, Hannah and Kyra, and a son, Caleb

1. Going back to when you first started with your organization to now, what has been your proudest personal accomplishment?

Helping secure the future of Major League Baseball in Miami for generations to come.

2. What do you enjoy the most about your work?

The ability to make everlasting memories for millions of people.

3. Do you have a mentor; someone who has been there to guide you or consult with you when you needed their input?

My grandfathers were there and will always be my mentors.  They taught me the value of hard work, charity and persistence.

4. What program with your organization do you get the most excited about?

Marlins Ayudan is our Corporate Social Responsibility Program, which has donated millions of dollars into the South Florida community.

5. How have things changed for you through the years?

6. What is your idea of perfect happiness?

7. What is the most important thing you have learned through the years?

In general, people do not change, it’s your job to change.

8. Do you have a favorite vacation spot?

9. How can we reach out to other people in the world?

12. Do you have a motto, or some words of wisdom, that has guided you through your life?

No is a simple impediment on the way to yes.

13. Is there a saying, motto, or “words to live by” that is your favorite?

For what human ill does dawn not seem to be an alternative.

14. What is your greatest strength?

15. What is your greatest weakness?

16. If there were a movie being made about your life, what actor/actress would best play you?

I would like to think Tom Cruise, but more likely, Dustin Hoffman.

17. What is a moment you will never forget?

Game 6 of the National League Championship Series in 2003 when the Florida Marlins scored eight runs in the 8th inning.

18. How do we get our young people more interested in charitable giving and community volunteering?

Must start at home with your children; must teach compassion and selfishness.

19. How do you want to be remembered by future generations?

20. What is the greatest problem we are facing in this country today?

Future generations to stop trying to change the world in its entirety and change one thing for the future today.