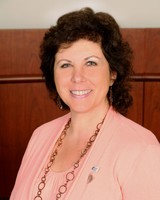 Cindy Arenberg Seltzer is the first President/CEO of the Children’s Services Council of Broward County.  In that role, she has carefully guided the development of the organization, which was created by the voters of Broward County in September, 2000.  She works hard to dramatically transform young lives through a focus on supporting proven programs delivered by more than 100 “provider” agencies that achieve measureable outcomes, while ensuring transparency and accountability for the CSC.  Her leadership and advocacy on behalf of the children of Broward County has made a real difference for all Broward residents, and especially for Broward’s children.

Prior to being named President/CEO of the Children’s Services Council, Mrs. Arenberg Seltzer was Director of the Children’s Services Administration Division for Broward County.  Other positions she has held include: Director, Massachusetts Promise; Director, Legislative and Government Affairs at Day, Berry & Howard, Attorneys-at-Law; Chief of Staff  to the Majority Leader, Connecticut House of Representatives; 6th District Field Coordinator with Friends of (U.S. Senator) Chris Dodd/Connecticut Clinton Campaign; Commercial Litigation and Bankruptcy Associate with Robinson & Cole; Director of Public Policy with the Gold Institute; and Director of Governmental Relations with the Industry Council for Tangible Assets.

Mrs. Arenberg Seltzer has a Bachelor of Arts in Psychology from the University of California at Irvine, a Juris Doctorate from Georgetown University Law Center, and a Masters in Public Administration from Harvard’s John F. Kennedy School of Government.

She serves on several boards of directors, including the Early Learning Coalition, the Coordinating Council of Broward, the Children and Families Leadership Association, and the Pediatric Associates Foundation Advisory Council.  She is a Women of Tomorrow mentor at Stoneman Douglas High School, and she also hosts the local television show “Future First: Focus on Broward’s Children,” which airs on BECON TV.

Her awards include HANDY’s Champion for Children (2011), Congressional Coalition on Adoption Institute’s Angel in Adoption (2011), Child Advocacy Award from the Jewish Federation of Broward County (2007), “Lead Vocalist” award from Big Brothers Big Sisters of Broward (2007), recognition on the floor of the U.S. House of Representatives by Representative Debbie Wasserman Schultz during a tribute for Women’s History Month (2006), March of Dimes Woman of Distinction (2005), “Advocate of the Year” by First Call for Help (2004), and “Mother of the Year” by Healthy Mothers-Healthy Babies (2004).

In addition to her official duties, Mrs. Arenberg Seltzer can often be found working in Broward’s neighborhoods to raise money for its children.  For example, she participated in the first season of Dancing with the Stars for the Pantry of Broward and came in second, she worked the counter at McDonald’s to raise money to fight Sickle Cell, and she was a Celebrity Chef for FLIPANY.

Going back to when you first started with your organization to now, what has been your proudest personal accomplishment? Having the opportunity to build a government from the ground up is an amazing opportunity.  To do so under the leadership of a Council that has had a steadfast commitment to transparency, data, and evidence-based practices in a community committed to collaboration is a dream come true.

What do you enjoy the most about your work? I love bringing unlikely partners together to address problems facing Broward’s children and families.  Broward County is full of great people who care very deeply about improving the lives of children.  It is very satisfying to bring them together and solve problems.  Then, to hear from the children and families about how the services we fund have changed their lives is an indescribable joy.

How did you determine which charitable organizations you would support?  The CSC funds approximately 100 agencies throughout the county.  They are selected through public bid processes.  Through our work leading the Children’s Strategic Plan and analyzing community data, we determine the area

What is your greatest challenge at this time?  Making sure that the Children’s Services Council is reauthorized by the voters on November 4, 2014.  When the CSC was created by the voters in September 2000, it was meant to exist until all the problems facing children were resolved.  Due to a State Senator from a different part of the state, all CSC’s must now go back to the voters to be reauthorized.  Over 150,000 children annually are served through a network of over 100 CSC-funded agencies.  It is imperative that we continue to exist.

What can make you laugh?  When my 7 year old daughter tickles me.

What can make you cry?  Publix commercials

Are you where you hoped you would be at this point in your life?  I am.  I have faced many struggles over the years both physical and mental but I feel very fortunate personally and professionally.  I have a loving husband and beautiful daughter.  Professionally, I had the opportunity to work for many wonderful Council Members who set policies that allowed me to build a government agency from the ground up and do it right with an amazing staff who always keep the well-being of the children of Broward County in the forefront of their decision-making.  Good government – done right!

How do you stay so motivated and committed?  Going to the programs and seeing the faces of the children we have helped.  Reading their thank you notes and knowing that we have changed the course of a young person’s life.  It doesn’t get any better than that.

Is there a saying, motto, or “words to live by” that is your favorite?  Take advantage of opportunities that present themselves even if they scare you.  In fact, even more so, if they scare you.  It means you are stretching yourself.  And, you will feel an amazing sense of accomplishment when you achieve or master the challenge.

If your house was up for sale, and a potential buyer did a walk through, what would your home say about you?  I am a very sentimental and inquisitive pack rat.  My home and office are full of pictures of family and friends as well as toys, magazines and books.  I love to read but have very little time but I won’t throw out a magazine until I have read it from cover to cover in order to gather all the knowledge and interesting tidbits I can.

What do you have to say to all the young women/men out there ready to take on the future?  Don’t let fear of failure hold you back.  Most successful people have experienced failure in their lives.  The difference is they learn from their failures and move on.  In order to be truly successful, you have to be willing to take chances and try new things without any guarantee of success.  Sometimes that first try will pay off big time but more likely than not, it will take several tries before you hit the jackpot.  I had many jobs before I landed my dream job as the first President / CEO of the Children’s Services Council of Broward County.  Each of those jobs taught me something that has proven to be valuable in my current position but none of them would have been possible if I wasn’t willing to take a chance.

How do we get our young people more interested in charitable giving and community volunteering?  Set an example and start them on the path at an early age.  My daughter went on her first March of Dimes walk when she before she was 2.  She goes with me on many volunteer days and gives tzedakah (to charity) almost every week.

How do you want to be remembered by future generations?  As someone who cared about others and actually made a difference in lives of Broward’s children.

What can we personally do to make things better for future generations?  Get involved!  Become a mentor or tutor.  You can volunteer at any of the hundreds of wonderful non-profits in the community.  You can start with that by contacting HandsOn Broward.  If you want to be involved in changing the many systems in which children are involved, contact the CSC to get involved in the Children’s Strategic Plan.  Whatever your time and talent allows, use it!  You will be glad you did.